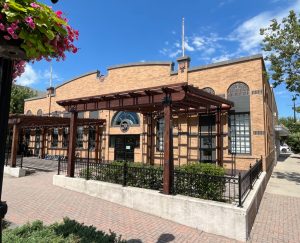 Consumers picked up their spending from May to June, underscoring their resilience despite painfully higher prices at the gas pump and in grocery isolates and allaying fears that the economy might be on the verge of a recession. US retail sales rose 1% in June, from a decline of 0.1% in May.

Panasonic Corp. says the company selected the state of Kansas as the location for a multibillion-dollar mega-factory to produce electric vehicle batteries for Tesla and other carmakers. The company was lured to Kansas by taxpayer-funded incentives worth $829 million over 10 years. The company says it will invest about $4 billion, and state officials expect the new plant to have about 4,000 workers.

The North Dakota Department of Commerce announced the latest campaign geared at assisting those interested in relocating to North Dakota. The Good Life in North Dakota is the latest talent attraction and marketing campaign dedicated to informing people outside of the state about job opportunities. The initiative also includes strategic marketing that will target four personas: boomerangs, young families, recent college graduates, and veterans to drive traffic to the refreshed website.

The summer is off to a profitable start for Delta Air Lines. The airline says it earned $735 million in the second quarter, as plans were packed with vacation travelers. Still, the earnings per share fell short of Wall Street expectations. Delta blames that on high fuel prices and several thousand canceled flights in May and June.

The Grand Forks Planning & Zoning Commission has approved a Conditional Use permit for an animal boarding operation at 728 Red Dot Place. Journey Home Animal Rescue is looking to occupy 3,300 square feet of space within an industrial office building. The group is making plans to board 20 animals or less on a temporary basis. The site comes with an outside area. Code would allow for up to 66 animals.

The East Grand Forks council will consider a liquor license application on Tuesday for Bernie’s restaurant. The eatery owned by the Food Network’s Molly Yeh will be located in the former Whitey’s and Sickies location at 121 Demers Avenue. Sickies closed in August 2021. Bernie’s is scheduled to open later this year.

The US Department of Transportation has selected United Airlines for an Essential Air Service (EAS) contract serving the Theodore Roosevelt Regional Airport in Dickinson. Under the contract, United will continue to provide 12 nonstop round trips per week to Denver through September 30, 2024.

The City of Grand Forks has issued a $610,000 building permit for a new commercial building at 3151 32nd Avenue South. The permit lists a new Caribou Coffee at that location.

UnitedHealth Group has hiked its 2022 forecast after riding both growing health insurance enrollment and its newer care-providing businesses to a better-than-expected second quarter. The health care giant said a nearly 9% surge in Medicare Advantage customers pushed its total enrollment past 51 million people. UnitedHealth Group runs UnitedHealthcare, one of the nation’s largest insurers.

Rydell completed the acquisition of Lithia Toyota this past week. The store will be called Rydell Toyota of Grand Forks. “This is a very exciting time for us” says Rydell General Manager Ben Cahalan.